OpenEMM is the open source version of the award-winning E-Marketing Manager (EMM). OpenEMM is suitable for everyone who wants to do professional email marketing and automation, but for whom a reduced range of functions is sufficient. You only need the know-how for installation and administration. As self-hosted software, the OpenEMM meets the criteria of an in-house software and is not associated with any costs.

The OpenEMM is a professional, web-based open source software for email marketing and marketing automation.

With the OpenEMM you can create and send newsletters and service e-mails (e.g. transactional e-mails and action- or date-driven e-mails).

In a nutshell: The OpenEMM is a tool for customer experience management via e-mail. Of course, you can also use it to control and organize your lead management.

OpenEMM Functional ScopeThe most important functions at a glance

Highlights of the new version

The OpenEMM offers more features than some commercial solutions… A full overview of all features can be found here:

Demo AccountSee for yourself

You want to test the OpenEMM before installing it? No problem.

It is not possible to send mailings from this account.

Download the OpenEMM 2020 as executable program (binaries) here.
The source code is available for free download via github.com.

Reasons to rely on OpenEMM

There are a lot of reasons why you should choose OpenEMM as your software for sending, creating and evaluating e-mailings, newsletters and transactional emails. See for yourself:

The OpenEMM is in contrast to Outlook & Co. a professional software for sending and analyzing mass mails.
In addition to newsletters, the OpenEMM also sends date-controlled mails, transaction mails, service mails and autoresponders.
With the Open EMM it is possible to implement complex, multistage campaigns as well as automating those.
OpenEMM is a permanently free open source solution that anyone can afford.
The OpenEMM has been downloaded more than 615,000 times.
OpenEMM users have the option to migrate seamlessly to the commercial version from the original developers of the software.
The web-based interface allows access from anywhere and does not have to be permanently installed as an app or program.
Open source means no dependence on a single vendor and the ability to customize the software (for digital sovereignty).
No unwanted side effects of a cloud with uncertain location, security and co-users.
Fulfills the demand that the public sector should use Open Source (“Public money? Public code!”).

The OpenEMM includes all of the features you would expect from a state-of-the-art email marketing software.
The software is available for Linux as well as for Windows and macOS via VirtualBox.
The tool is based on a highly proven open source software stack.
The OpenEMM can be run on an inexpensive Linux server.
The code is based on an award winning commercial product that sends billions of emails annually. 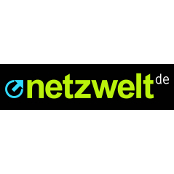 In the area of e-mail marketing, sending of newsletters and transaction mailing, OpenEMM is extremely comprehensive software with a very clear user interface. 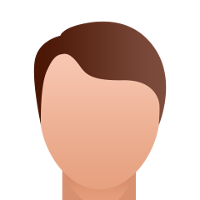 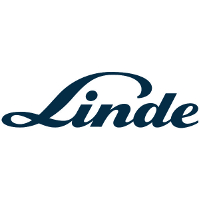 Linde AG depends on the Open Source solution. Webbite Media implemented OpenEMM in multiple languages and with country-specific templates for this internationally-operating concern with over 47,000 employees.

The OpenEMM was released in 2006 as the first open source application for professional email marketing. The code base has been developed since 1999 and is used in the commercial version by companies such as Conrad Electronic, DEVK, e.on, Freenet and parts of the Otto Group.

A completely new OpenEMM version has been available since 2019. This version is at the same development stage as the commercial software E-Marketing Manager. If you upgrade to E-Marketing Manager, only the functionality changes for you, but not the user interface. This makes the transition very smooth and easy.

The software already offers more than 90% of the functionality that a variety of commercial products offers. And some OpenEMM features even are not offered by many commercial products, such as MySQL/MariaDB support, a responsive GUI or a graphical campaign manager.

The main difference to the EMM, which which is charged with varying costs, is that the OpenEMM is a simple single server solution. Whereas the EMM offers a larger range of functions with several channels and is operated on several servers for better performance. In the Software as a Service (SaaS) version of the EMM, in addition to an extended range of functions, you also benefit from the CSA Whitelisting.

On our website you will find some categories with free service and support, for example FAQs, OpenEMM Forum and the Download Center for the OpenEMM. The content is continuously updated with feedback from the OpenEMM community.

OpenEMM at a glance

Requirements & TechnologyWhat is required for using the OpenEMM?

For the operation of the OpenEMM you do not need any special additional components – and of course only Open Source Software.

General requirements for your OpenEMM server:

If you use other platforms to run OpenEMM that are not mentioned here, please email us at info@openemm.org with the subject “OpenEMM Requirements”. This will allow us to update the information on this page with your assistance.

All other product names mentioned here or elsewhere on the Site are trademarks of their respective owners.

Are you in need of assistance?we offer plenty of commercial services to help you

If you can’t get your problem solved by using the free help offers or have no resources left for it, we will be happy to support you with the following fee-based service offers.

If you require assistance in operating the OpenEMM, you can instruct a user training course. The costs depend on the amount of training required and will be agreed with you. In case of an on-site training, travel and accommodation costs may be incurred.

Of course, you will receive an offer for the requested service in advance.

If you don’t want to run the OpenEMM yourself, simply use our slimmed-down SaaS variant “eMM-Xpress”. The operation of the hardware and all related aspects are omitted for you. You operate the software with your web browser. By the way, by using the eMM-Xpress you automatically receive all new features…

The configured hardware is provided in a professional data center, including database, administration and unlimited shipping volume.

Optional Support Package:
Our experts are available for all technical questions for a fee of 49 € a month (minimum duration: 6 months)

The service provider for eMM-Xpress is our subsidiary e-Xpress-mailer GmbH. Details can be found here.

All aforementioned prices are exclusive of the statutory value added tax. We are bound to our offer for 30 days. Errors in prices reserved. Our general terms and conditions apply.

If you want to use the full scope of the E-Marketing Manager, then we recommend an upgrade to the EMM SaaS or EMM Inhouse. You’ll benefit from additional components such as campaign manager, multi-client capability, cross-media (WhatsApp, Web Push, Facebook Messenger, SMS, fax, print), personalized PDFs, shop measurement, extensive statistics and much more. The E-Marketing Manager supports multi-server operation for scalability of the mailing performance.

The Support Service offers you assistance with installation, configuration and operation of the OpenEMM. For ordering the support service and questions about OpenEMM, simply fill out our contact form.

Please understand that we cannot offer unpaid consulting for OpenEMM and can only accept projects from half a man-day (4 hours). Optional support contract possible, from general application questions to detailed technical information.

We charge 150 €/hour (via PayPal) for the work involved. Of course, you will receive an offer for the requested service in advance.

OpenEMM is the leading open source software for email marketing and automation. However, the development of the OpenEMM will never be complete because we want the OpenEMM to become the leading email automation software in general – not only in the area of Open Source.

Here you can see what we have planned for the next release of the OpenEMM – your input is always welcome!

This is now available with the release: OpenEMM 2020

The current version of OpenEMM is the core of the commercial version EMM, which is in continuous development since 1999.

The following new features are included:

This is the current release: OpenEMM 2015 R3

Of course we can’t guarantee that we’ll keep all the times, but we’ll inform you about updates as soon as possible.

We appreciate your feedback on the roadmap or your suggestions for new features and partnerships to further the development of the OpenEMM: Contact form

OpenEMM NewsletterSign up for the latest news

We would appreciate it if you could tell us a few details about yourself. However, only the e-mail address is mandatory. We assure you that we will only use your personal data to send you the OpenEMM Newsletter!

Our news service informs you regularly about the topic Marketing Automation. By entering an e-mail address you will receive our detailed newsletter.